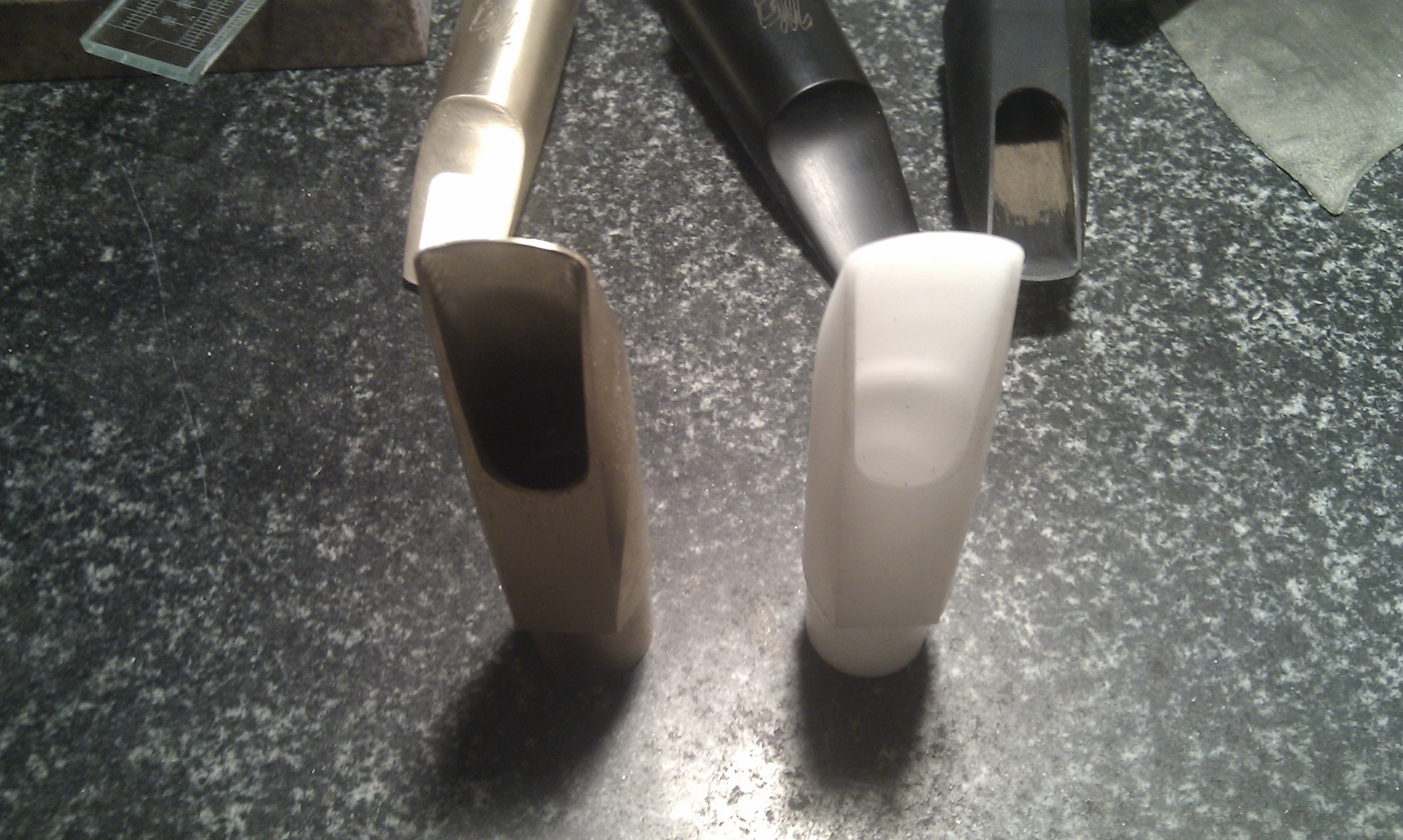 Or, on the matter of how much mouthpiece matter matters.

So there has always been this recurring discussion over whether what a mouthpiece is made of influences its sound. There are reasoned arguments on both sides, but it hasn't really gone anywhere but in circles for years.There isn't any consensus among manufacturers, and the scientific literature is, so far, inconclusive. Nobody seems to have really done a very thorough study, in part because it's technically difficult -- nobody markets mouthpieces that are identical except for the material. So I though I would make some and do a bit of an experiment.

I made some mouthpieces, identical in every way -internal dimensions, eternal dimensions, facing, everything -- out of some different materials (I don't want to skew the results by revealing how many mouthpieces or made of what, except to say at least one is brass and at least one isn't). I took them down to Dave O'Higgins' studio in London. We recorded multiple clips of him playing each mouthpiece with otherwise the same setup. Can you tell the difference?

Someone of a more academic bent would probably play the mouthpieces with a machine with an artificial embouchure, and publish spectrum analysis of it (I'd like to see that study if anyone is interested in doing it).  But what I want to see is the practical situation -- played by a real player, heard by real people.  Ultimately it's about music and what you hear is all that matters.

This test finished ages ago so here are the results: 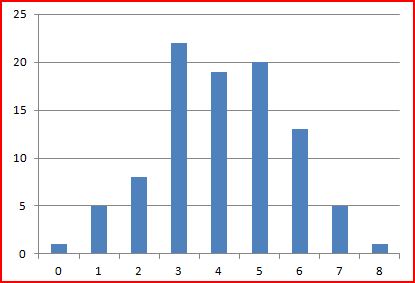 Well, not so hot!  Of the first hundred who also answered the questionnaire at the end the average was 4.08 correct, which is just about what we would expect the score to approach if everybody had simply chosen each answer at random .

Did any group do better than the others?   This is the average score plotted against its standard deviation for a few different categories. 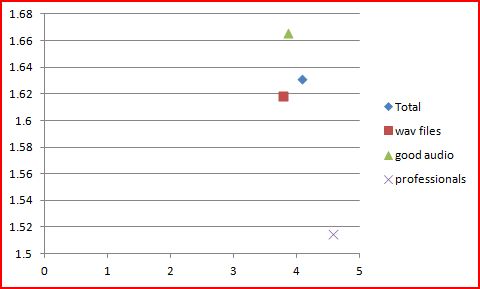 Better speakers, no audio compression, the technical improvements don't seem to help so far. The only result that looks at all correlative is those who identified themselves as professional musicians. They scored better than average, and more consistently so. So professional musicians have better ears? Running the numbers, it looks like there is a 99% chance that the professionals tested can get right on average between 4.02 and 5.12 of 8 correct.

So there we go. More research wouldn't hurt, but for now it looks like the material a mouthpiece is made of does in fact influence the sound, enough so that careful listeners can hear the difference.

p.s. -- One interesting footnote to this is that in the room live, and afterward on Dave's studio monitors, the difference between the two was subtle but clear. After randomizing the samples, and listening again in the studio, it was harder to distinguish than live, but the difference was still obvious. Dave mentioned that this is probably an accurate representation of the perceived difference in a mixed track or on a (presumably amplified) live stage, where some of the subtleties get lost in the mix.